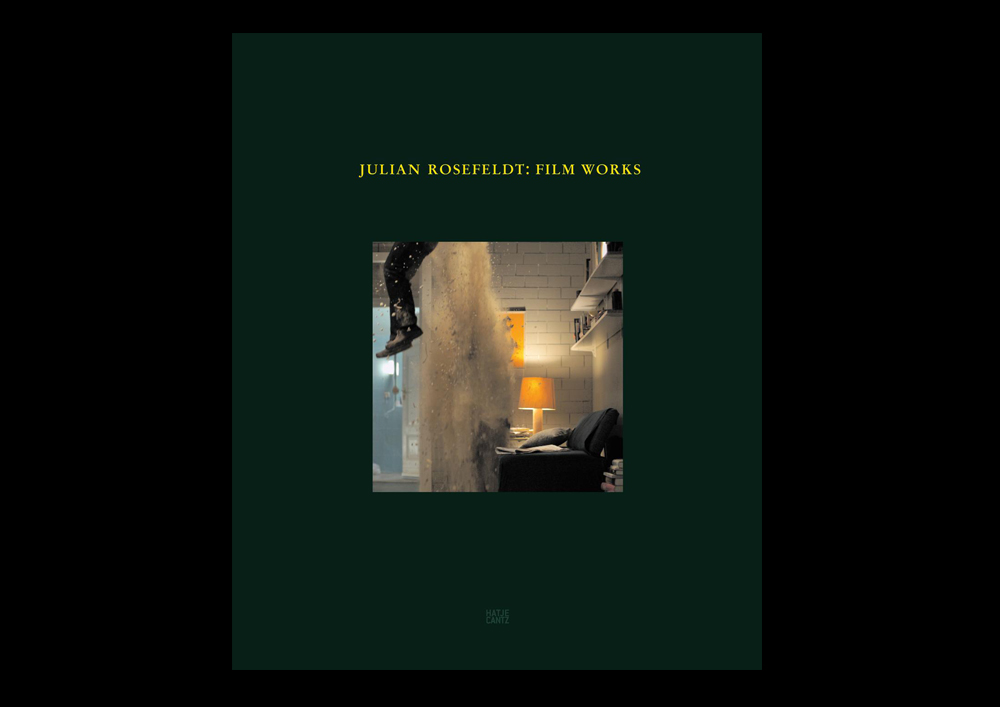 Julian Rosefeldt (*1965) frequently has his films projected onto several screens simultaneously, carrying the viewer off into a surreal, theatrical world whose inhabitants are caught in the structures and rituals of everyday life. Despite their enigmatic subject matter and the precision of their production, Rosefeldt’s films are charged with slapstick and satire. “This work,” wrote Stephan Berg, “is succinct because it avoids political correctness and plays with the vocabularies of kitsch, inappropriateness, and exaggeration. It demonstrates what it really means to distort—in the best sense of the word—the world to a point where it is no longer recognizable.”

With movie stills and behind-the-scenes photos, this opulently illustrated monograph documents all of the work Julian Rosefeldt has created since 2001. It sheds light on central themes and motifs, and traces the development of the artist’s oeuvre.