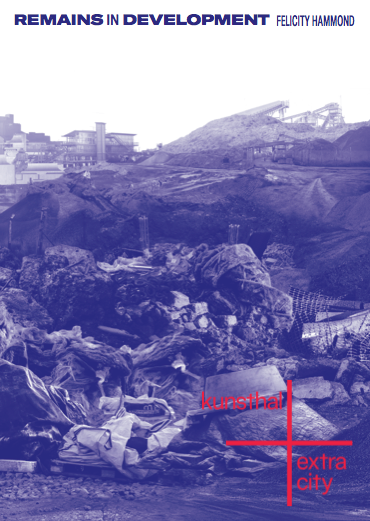 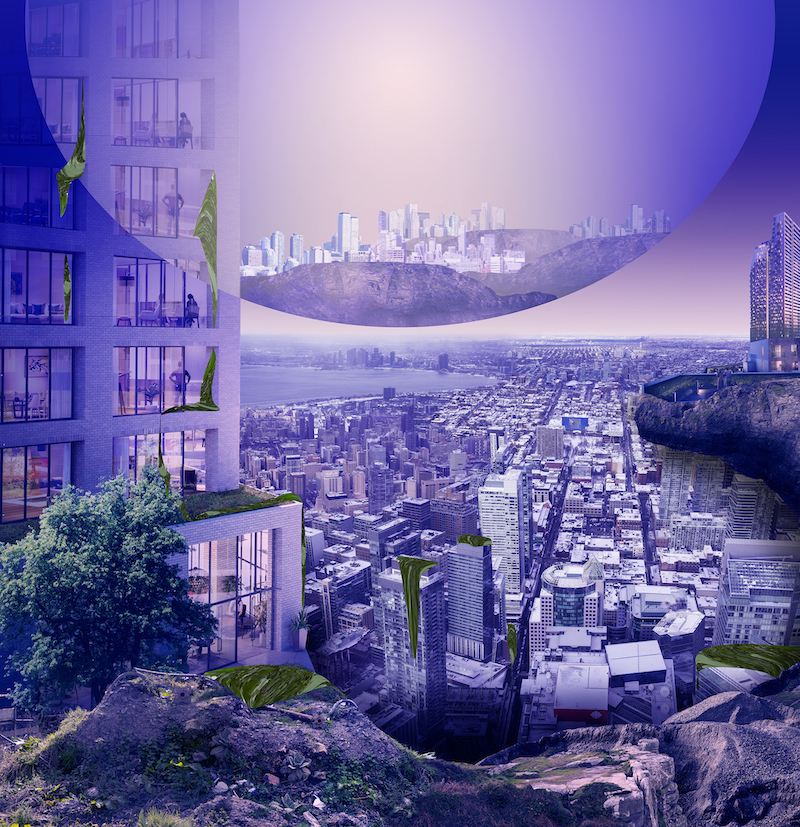 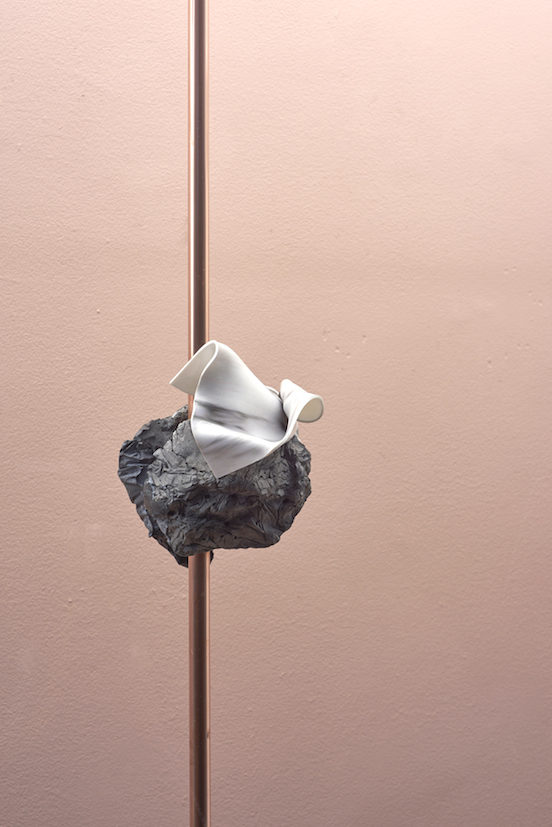 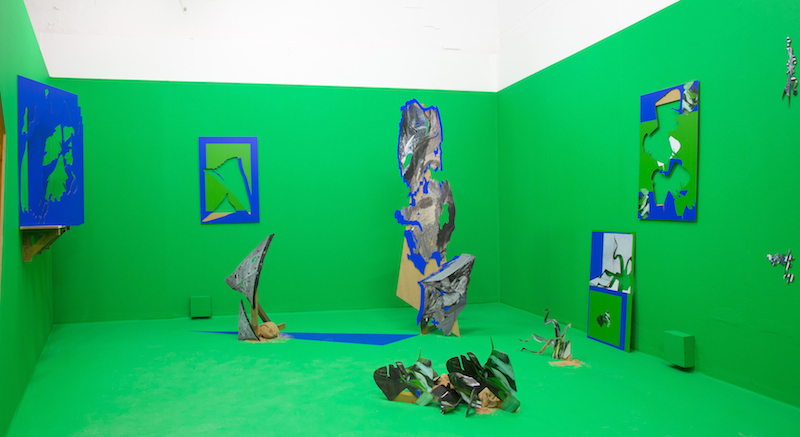 For her first exhibition in Belgium, Felicity Hammond brings together different bodies of existing work in a new installation. The three groups of works in ‘Remains in Development’ comprise a number of large-scale photo collages, sculptural elements and a chroma key installation.

In her practice, Felicity Hammond explores the ways in which the urban landscape is imagined. Hammond focuses not only on the physical appearance of buildings, but also on their social impact: for whom are they intended and whom do they force out? She researches the complex processes of urban regeneration, in which sites are often improved at the expense of original inhabitants and buildings.

Hammond’s work shows us that these future properties are often bought and sold based solely on illustrations of architectural proposals. Computer-generated and manipulated representations of the development projects are shown off in a variety of formats: in brochures, on websites and on large billboards or banners concealing the construction sites themselves. Rather than merely presenting an image, these representations tell a story of the lifestyle that the site stands to make reality.

Hammond intentionally plays with the methodologies that are at the foundation of these architectural projections. She undermines their visual language, extracts details from their context, and bursts the bubble of the illusions that these digital renders invariably conjure. Hammond shows that behind alluring advertising and digitally manipulated renders of property developments, a grim reality lurks. While the work of Felicity Hammond may at first sight appear rooted in the aesthetic, one finds that it is neither an easy nor necessarily a pleasant experience to wander her archaeological site of the future.

The exhibition is a co-production with C/O Berlin Foundation, Berlin. 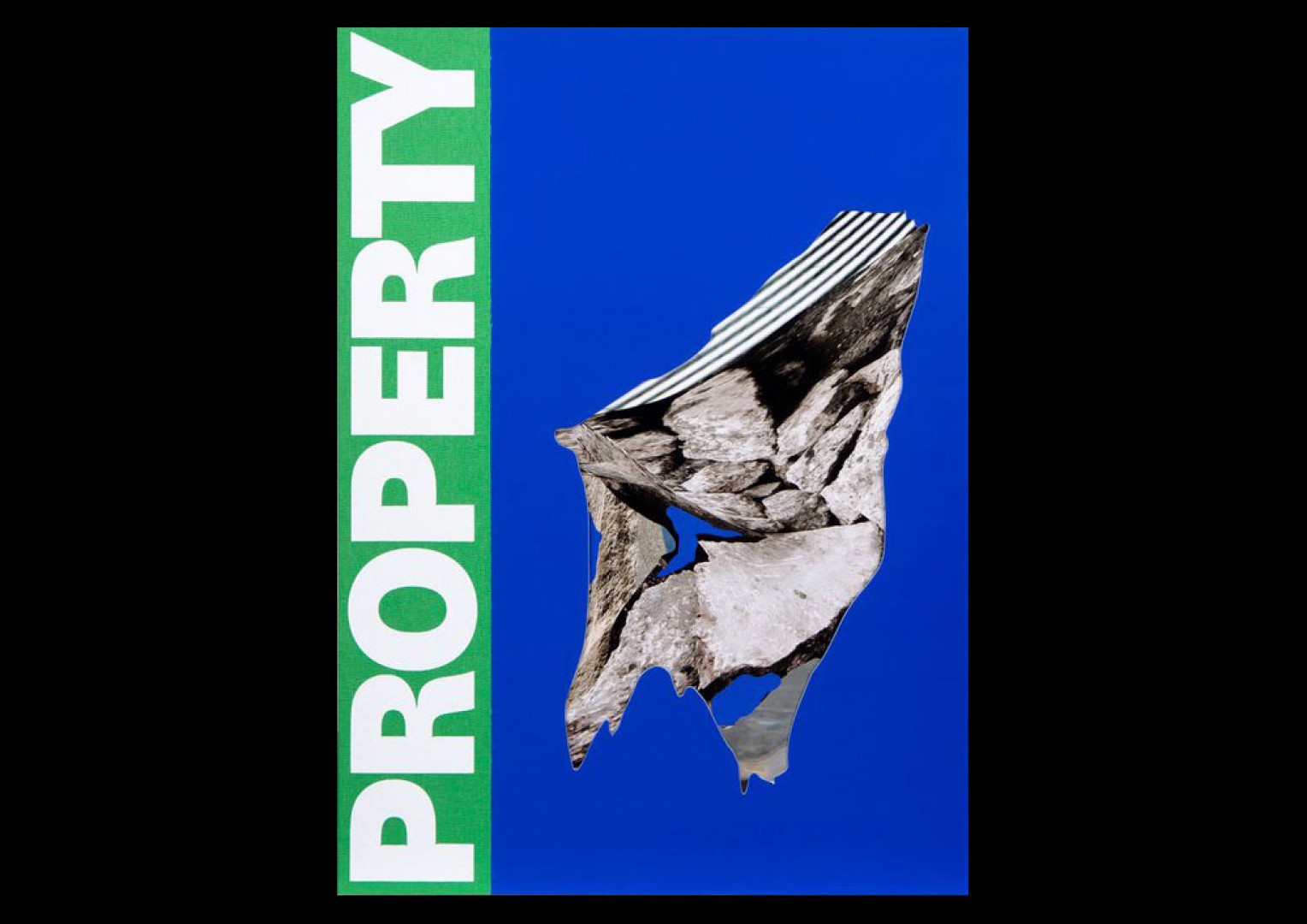