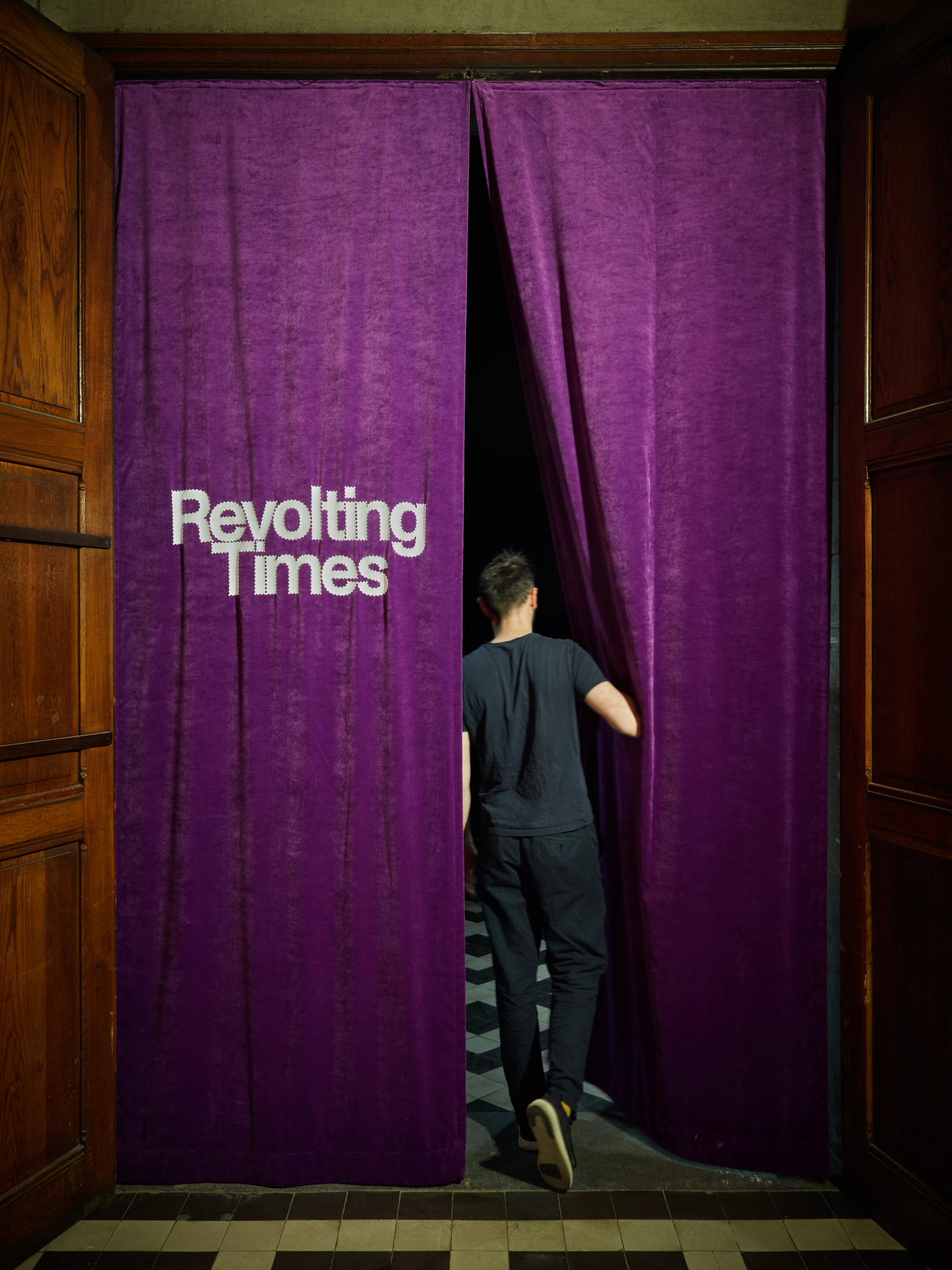 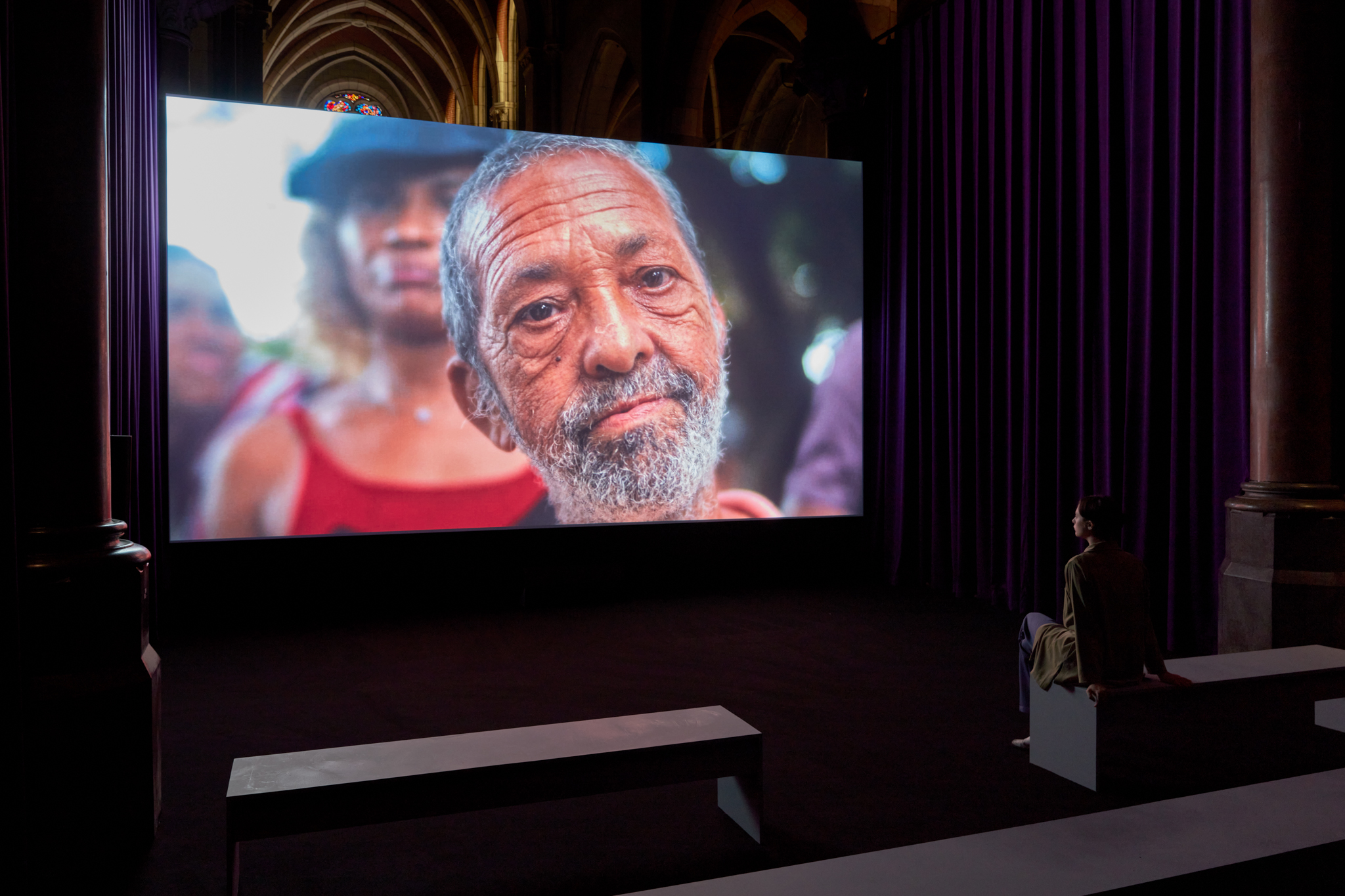 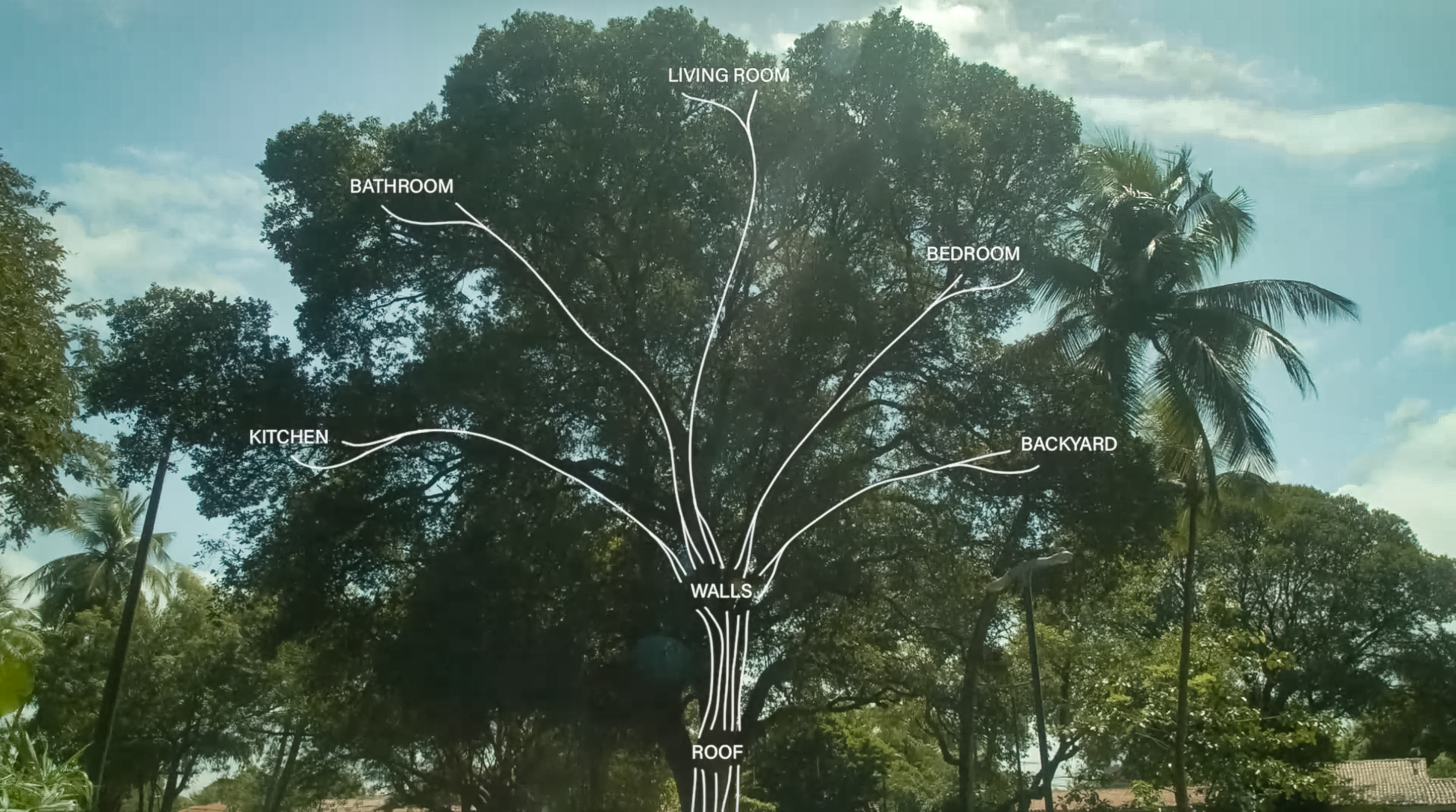 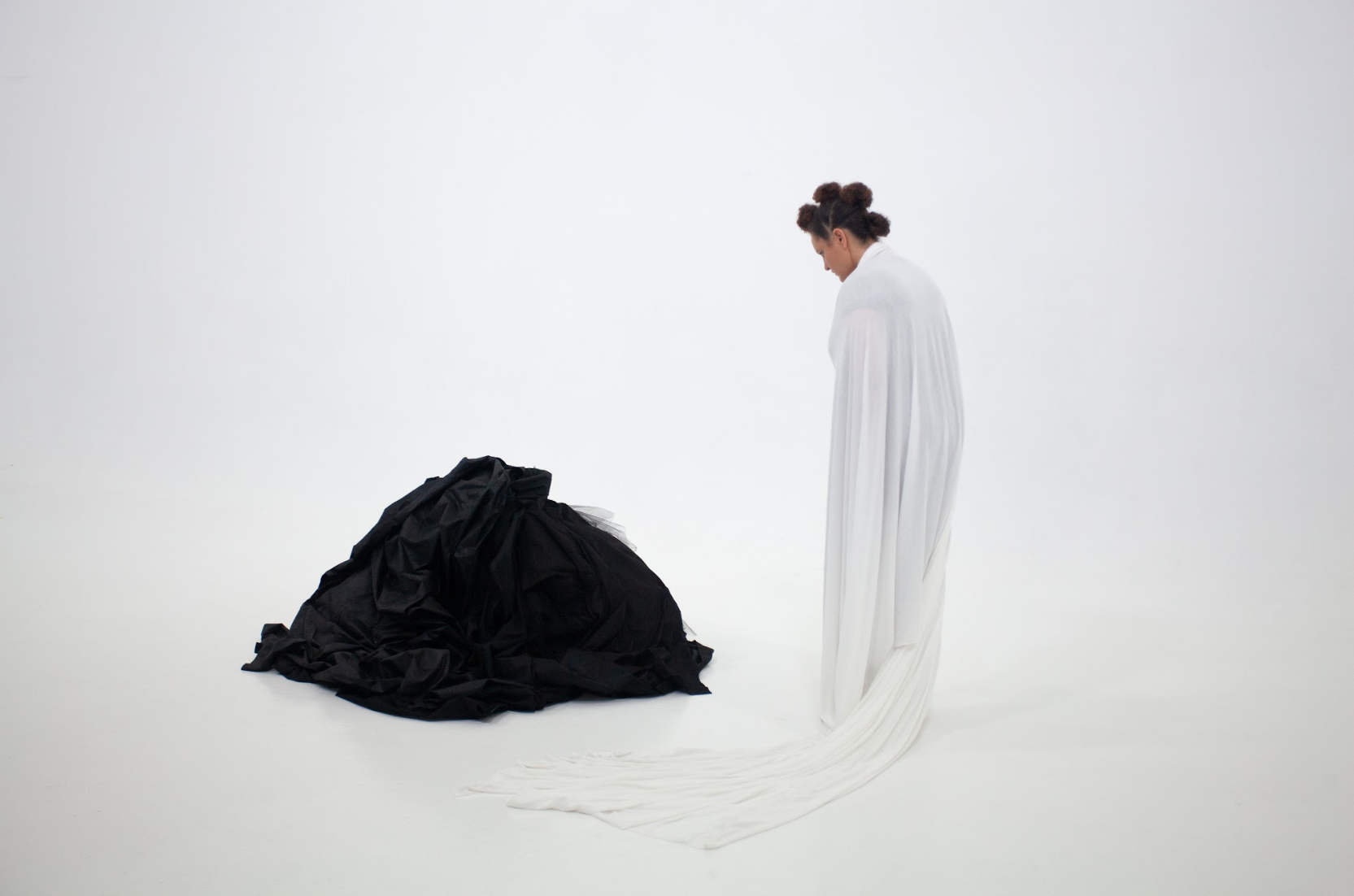 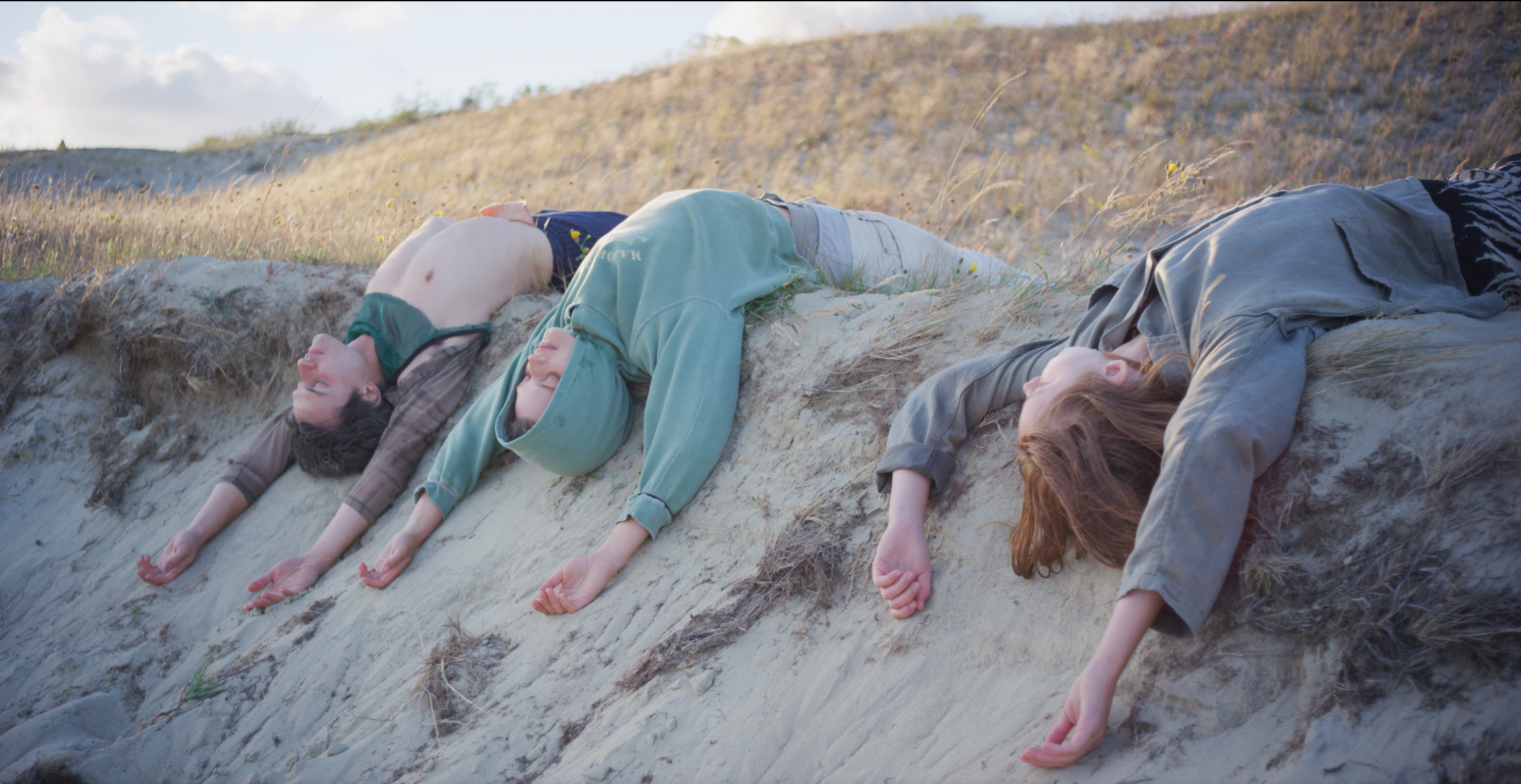 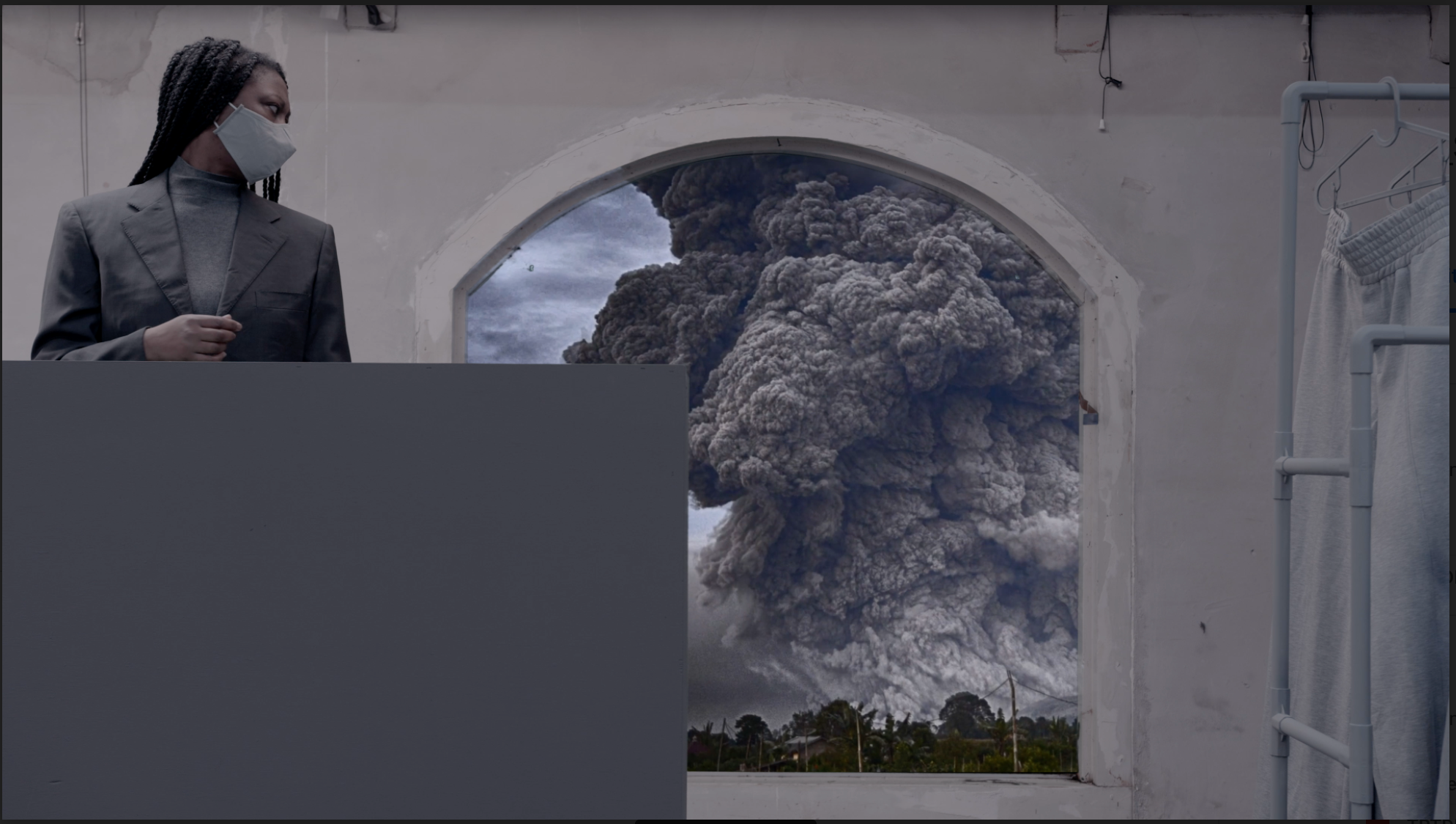 Silvia Martes - The Revolutions That Did (Not) Happen - 2021

For Revolting Times, Kunsthal Extra City is bringing four international artists to Antwerp. Each will present one video work, on view for one month. A central theme is how we deal with the present times, as viewed from the past, present and future. These are all works that, rather than simply making observations, employ artistic and collective gestures to identify the issues at hand. The title, Revolting Times, expresses a sense of rebellion, while recognising the relativity of any such rebellion and of the recurring nature of history.

The films presented by Silvia Martes (NL, 1985) and Eglė Budvytytė (LT, 1982) both seek to gain a grip on reality through speculative fiction. The protagonists in their video works live in a future world that does not necessarily correspond to the physical and scientific laws that we know. In The Revolutions That Did (Not) Happen, Martes links this to the notion of Afrofuturism, while in Songs from the compost, Budvytytė focuses on vulnerability and mutating bodies. Both hint at a post-apocalyptic time period when the Anthropocene – the era during which human activity is the dominant influence on the planet – is close to collapse. What might our possible resurrection look like?

With Olho da Rua, Jonathas de Andrade (BR, 1982) enters into an intensive collaboration with a community of homeless people in his home city of Recife. Straddling fiction and non-fiction, they strive for collective emancipation and look for ways to rethink reality.

Grada Kilomba (PT, 1968) dives into the distant past, with Sophocles’ tragedy Antigone as the point of departure. In Illusions Vol. III, Antigone she reworks this Western classic to expose mechanisms of resistance and justice. In a filmed performance, Kilomba is the narrator and Black actors are the protagonists. Gradually, they reveal hushed-up histories of cyclical violence and oppression.

* The video works of Jonathas de Andrade, Silvia Martes and Eglė Budvytytė are started on each half hour, the work of Grada Kilomba plays in a continuous loop.

* The four video works in Revolting Times are independent and are presented here as four individual, consecutive solo projects. Their themes and approaches share many connections. Paying visitors will receive a voucher for a free return visit at a later date.

The presentations by Silvia Martes and Eglė Budvytytė were made possible by the Mondriaan Fund and the Dutch Embassy in Belgium. The video work of Eglė Budvytytė was made in collaboration with Marija Olšauskaitė and Julija Steponaitytė.

Silvia Martes - The Revolutions That Did (Not) Happen
Artist talk & opening