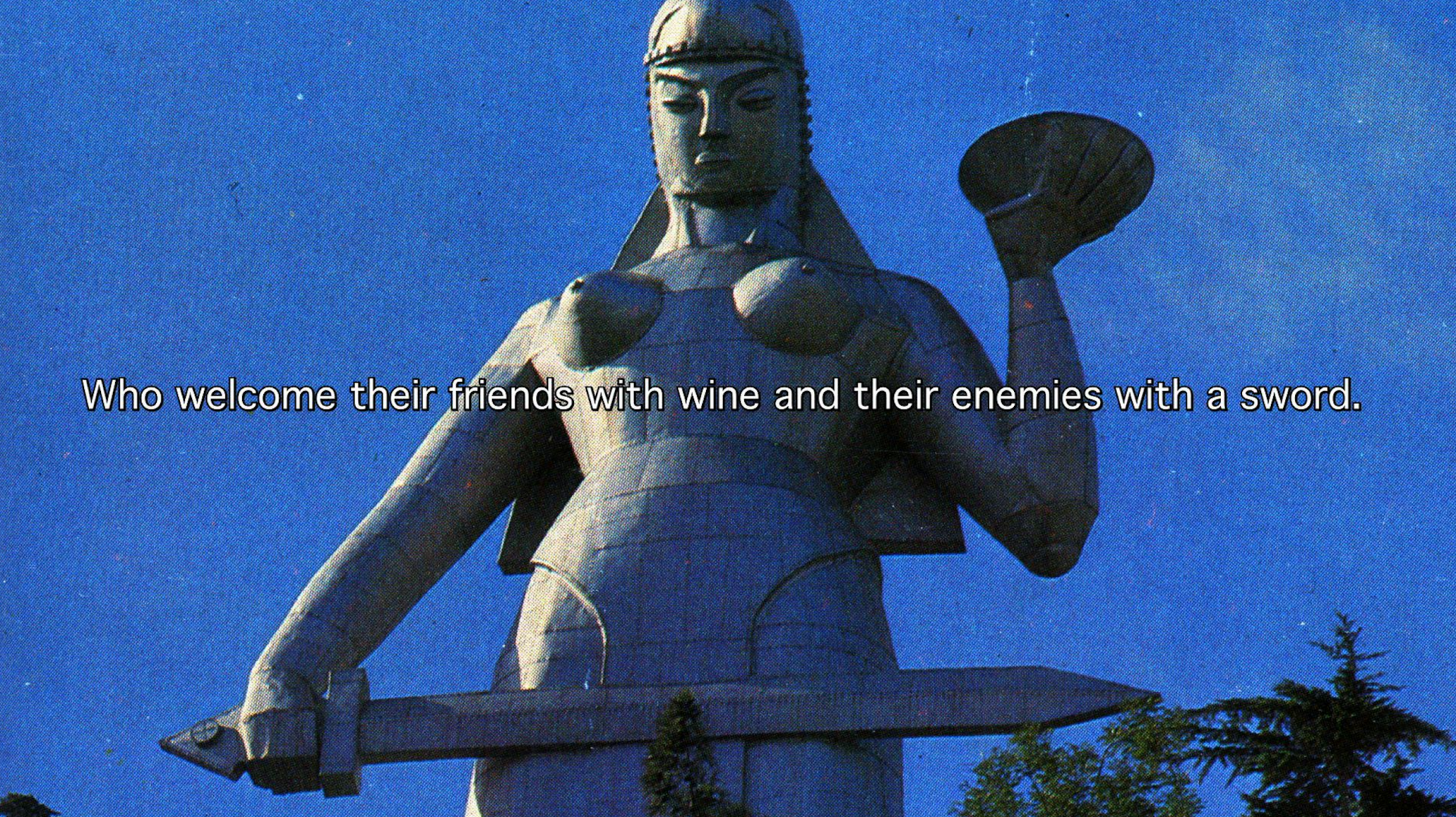 Meggy Rustamova will present videos she created in recent years, from 'M.A.M. (My Assyrian Mother)' to the most recent 'Babel'. Her films are created in various countries and languages, from Assyrian to Esperanto.Rustamova’s practice involves films and installations that articulate images, gestures and sounds and often bear a performative nature. Concerned with the relations between individual and collective memory, language and human behaviour, her works look for ways to translate contemporary social issues.

Babel
2019, HD video, 8'
The subject of the film, which initially evokes amnesia associated with old age, gradually changes in favor of memories: shared moments of childhood, moments of joy and pride associated with a language that is intuitively transmitted.

Waiting for the secret
2014, HD video, color, sound, Esperanto, English subtitles, 6'
'Waiting for the secret' starts from a single photograph; it reveals its secrets by zooming in on its various details. This film questions the economic value of land ownership, identity, immigration and raises issues such as isolation, language confusion and the dominant position of smartphones in today's society.

(dis)Location
2013, HD Video, 11'45"
'(disLocation)' contemplates the connections between childhood, parents, religion, sex, relationships and loneliness. The film consists of photographs from a travel guide of the city of Tbilisi (Georgia) and fictional memories constructed with slow-moving images.

Light Displacement
2018, HD video, kleur en zwart-wit, geluid, 4'23"
The starting point for this film was the many attempts to photograph a tree in Hiroshima (Japan). Aspects of war, escapism and fear are expressed in an audiovisual wanderlust.

This event is part of our summer programme 'Zomer in de kloostertuin' ('Summer in the monastery courtyard').

SUMMER IN THE MONASTERY COURTYARD